Why I shouldn't judge a book by the cover 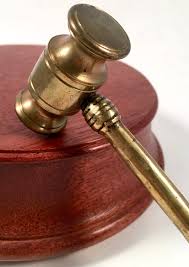 I am someone who in the past has played it safe when it comes to love. I would only date someone if I knew exactly where it was going and felt secure in the fact that the person would never leave me. I am not sure when I realized that, but once I did, I knew that in those situations I felt like I was in control (and maybe I was) but I also knew that I was not happy and not experiencing the type of love I had wanted, because that would require me to leave my comfort zone - and we all know how cozy that can be and how hard it is to want to leave.

I did leave my comfort zone after my separation two and a half years ago when I decided that I wanted to feel the "zing" I had experienced with people through my years of dating that scared me in the past. To me, a "zing" is the feeling of electricity with a person because you are sharing a great connection or feeling an instant attraction because that happens rarely. While I would find this "zing" at times, it never lasted long, and eventually it would fade or the person would disappear or ghost me as the kids would say.

I stumbled upon some small but mighty feelings of love here and there during this stint of singledom, which is the longest I have been single since I was 19 years old. One of those feelings was this guy I met on a dating app in the middle of the night. We instantly sparked and conversation was easy, he was funny and had a great smile. In the end, we spoke for a total of about three weeks and saw each other in person for 45 minutes, and when he ghosted me, it rocked my world quite a bit for someone I barely knew - who I had not even kissed.

The biggest surprise was someone who did not start out as a "zing". Strangely enough, I met this one in a local online group where I was living in Alberta at the time (also strangely enough, he was not the only one in that group that I ended up feeling some kind of way about). He was so different than me, or so I thought, and that is probably why it was the most surprising one. He was someone who lived at the gym and he was popular with the ladies, both things that I have not been a fan of in the past. So when he reached out to me, I could not help but be curious about where this was going to go. It was easy to talk to him because I did not see anything happening with him and that made it easier to be myself. He was smart and well educated and I had absolutely judged him before knowing him.

He proved me wrong in many ways, but in other ways he proved me right - like his addiction to being a ladies' man. We never moved past friendship because it was the wrong place and the wrong time, but man, did I fall hard. It was one of those sneak up on you type of loves. I found myself with feelings that I had never expected to feel and although we did kiss once, we could not be what the other needed at the time and I had to make the decision to walk away from a situation where I was feeling confused and less than. He was a great person, but also not offering what I was looking for ultimately, and unfortunately, sometimes it hurts to do what is right.

I thank him for my love of Brooklyn 99 and for being someone I felt so comfortable with that I enjoyed spending a lot of time with him just bingeing The Office and B99 because I am someone who enjoys my own company and the peacefulness that solitude brings and rarely find that with another person. I also thank him for helping me to see my own worth and for not keeping his promises, because that made it easier to see that it was not the love I was looking for.

Thanks to a client with Neil Young lyrics on his whiteboard that explain my feelings when it comes to love "It's better to burn out than it is to rust". I am no longer convinced that I am looking for a "zing" necessarily, because I have experienced a love that grew naturally that at times felt close to what I want to find one day, but hopefully it will be with someone who can and will reciprocate it.