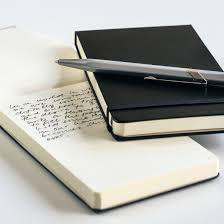 It was 2014, and I was a wet-behind-the-ears reporter (as opposed to the wet-behind-the-ears columnist you now read before you) covering an annual event in a local church basement. I was seated at a table allotted for media and misfits and found myself a bit overwhelmed and out of my element.

I was used to structured sit-down meetings or casual over-the-phone interviews for upcoming stories; covering a live event, and capturing the photos to go with it, seemed a task made for someone with a far greater repertoire of skills as a journalist than I. Seated next to me at the table, and perhaps sensing some of my uncertainty (the constant notebook flipping and camera adjusting may have clued him in), was Conan.

Conan de Vries worked for a rival publication to the then-Prescott Journal. His name had been hard to miss attached to local news, and I recognized him from events I had attended in the community. Conan was always sure to be seen at any local event, camera at the ready, notebook in hand. Before I had the opportunity to meet him personally, I admired his writing. Meeting him formally in that church basement, I immediately admired him as a person.

Though we were 'competitors', as far as competition goes in the local news community, Conan spent time explaining to me the 'who's who' of the organization hosting the event, gave me some photo tips, and even insisted I take my photograph first (after he got everyone posed!). I left that event very grateful for his presence, and the confidence boost his help had given me.

A short time later, as the universe would have it, Conan came to work for the Journal, and we worked as part of the reporting team together for years. When, in January of 2020, it was announced that the publication would be closing and the South Grenville Journal would take its place, with myself and Michael as owners, there was no one else I wanted writing our introductory article.

Whether you have come to know him through his coverage of Prescott town council happenings, his in-depth pieces on local organizations and charities, or through his fascinating sports and entertainment features, Conan has been "the voice behind the voice" of South Grenville for many years. His professionalism and skill speak for themselves, but it is the compassion with which he wrote about his subjects, and which he felt towards his readers, that better encompasses Conan de Vries.

Conan has moved on to the next stage of his voyage, but we are excited to continue featuring fantastic pieces from our regular columnists and reporter Veronica Burchell. We are also thrilled to introduce our newest reporter, Andrew Boardman, who starts his adventure with the Journal.

Wherever your journey takes you Conan, thanks for being an important part of ours.