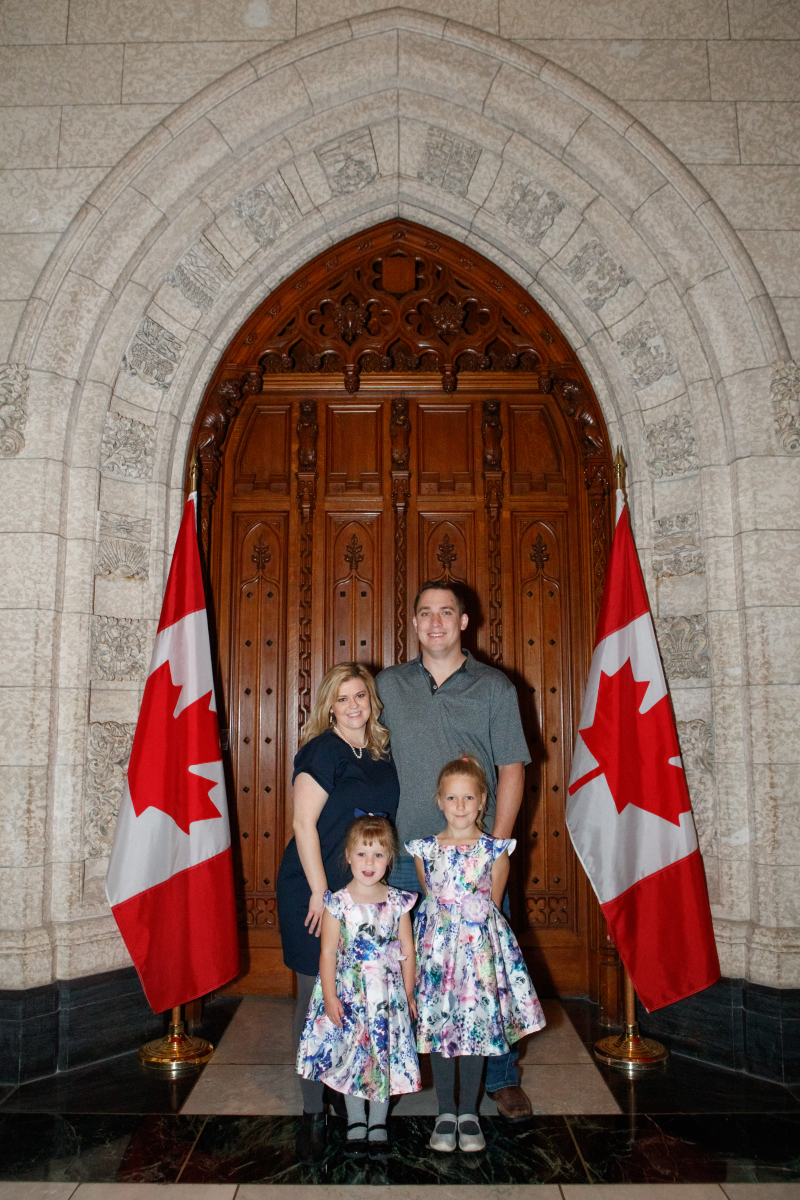 Stephanie Mitton (née Ryan) announced today her candidacy for the Conservative Party of Canada's nomination in the riding of Leeds--Grenville--Thousand Islands and Rideau Lakes today.

Mitton, who comes from a local family of small-business owners and outdoor enthusiasts, says she is seeking the nomination because she understands the needs and concerns of local residents and has the experience to keep the riding Conservative.

"I've talked to many people in the riding who are unhappy with how their tax dollars are being spent," said Mitton. "The current government is not listening to rural and smaller communities."

Mitton supports a strong agriculture sector, transparency in government spending and policies that help small businesses grow. She is also concerned about the spread of Lyme disease in the region.

"I am running because I want to make sure that our communities and our country thrive," said Mitton

"As a mother, I want my two little girls and all children to have a bright future to look forward to. If elected, I would be a strong voice for our local values and issues."

"I've known Stephanie her whole life, and she has always been a good listener, a good thinker, and a strong advocate for others. She is very aware of the frustrations that small-business owners, like me, experience," said Terry Wills, President of Wills Transfer Limited

"I am supporting her because I think she's a real go-getter who will bring a strong voice to Ottawa for our region."

The Lombardy, Ontario native has built a successful career in the private, public and non-profit sectors and has more than 10 years' experience as a versatile government relations specialist, project manager and leader. She has worked at World Vision Canada, NATIONAL Public Relations and Universities Canada. Mitton holds a Bachelor of Public Affairs and Policy Management from Carleton University and a master's degree in International Public Policy from Wilfrid Laurier University.

"Stephanie is an excellent candidate for the riding. She has exceptional knowledge of government and how it works, with a strong record for getting things done in government." said John Nater, Member of Parliament from Perth-Wellington, who has known Stephanie since her volunteer days at Parliament Hill in 2003.