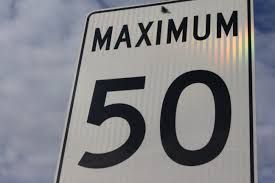 SPENCERVILLE - Last year's change to the speed limit on the west side of Spencerville is still an issue of contention for local residents. But now it's a different complaint.

Members of Edwardsburgh Cardinal council report they are still getting complaints about the speed limit on County Road 21 where it enters the village. But while last year's complainants said it was too fast at 80 kilometres an hour; this year officials are hearing that it's now too slow.

At the most recent Committee of the Whole, Public Works, Environmental Services and Facilities Committee meeting, the contentious speed limit came to the table once again. Councillor John Hunter and Mayor Pat Sayeau said they have both heard from residents who are afraid a collision is imminent.

"It has been brought to me different times by some ratepayers that there have been numerous almost-head-on collisions in that area," said Hunter. "People driving on the west end of Centre Street where it becomes County Road 21 are doing the 50 kilometres (new speed limit) but they're getting passed, getting lights flashed at them; and people are using their horns because they feel it's too slow. Something bad is going to happen."

Council voted to petition county council to drop the speed limit just a year ago when residents in the area felt it was too fast for the entry to the village. This is the stretch of road which goes from just west of the entrance to Home Hardware's driveway, heads east past the Marshall's Auction House lot and into the village via Centre Street. When driving west, the speed goes from 50 to 80 in one change. There is no middle range or gradual build up.

The residents who are complaining are also suggesting the limit should not become 50 kilometres until one reaches the area of Beverly Street on the village's west end.

"I'd be very surprised if within six months there isn't a major accident around Beverly Street," said Councillor Hunter. "Dropping the speed limit hasn't solved the problem - it's made it worse."

The committee agreed that staff be instructed to prepare a resolution for the next council meeting that the matter be more thoroughly investigated and discussed before approaching county council for a second change to the speed limit in this area.

Another matter before the committee was the question of winter parking in Cardinal and how some residents have no driveway or space provided to them for off-street parking. Councillor Hugh Cameron, chair of the committee, asked if there was a way to provide parking spaces for these people.

Cameron made the suggestion that parking on the lot near the library and the old arena could be a solution. A lively debate ensued as to how that could be accomplished. Some members feel the arena location could supply anywhere between six to 10 cars with parking but were concerned about the logistics - would these spots be paid for, who would monitor them, who would service them and how would those with permission to be there be identified?

Ideas included having the township office issue parking passes at a fee; having those permit holders look after shoveling the lot themselves rather than having township employees do it; and/or just letting them park there at no cost.

Mayor Sayeau said he could think of three spots of municipally owned land in Cardinal where these spots could be created but he would like to see the plan be based on cost recovery. Deputy-mayor Tory Deschamps added the fact that many people who move to Cardinal aren't single-car families anymore, making the need for additional off-street parking more acute.

When asked, CAO Dave Grant said it could be as long as six months before the township's current parking bylaw could be amended. Staff was instructed to bring a proposal concerning the issue of parking on municipal land to council's next regular meeting.