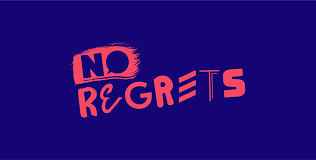 I recently read an article called '2020: The lost year'. It dealt with the unique and crazy situation that the last few months has thrown at us all, and how so many of us have pretty much written off the year. It got me thinking about all the other 'lost years' in my life.

Certainly, as I looked back at choices I've made and conversations that I never got around to having, it became clear that throughout my life I've probably lost several years. Some of those situations have been somewhat out of my control, but in most cases if I had made better decisions then my life would have been a lot smoother, and certainly had a lot more happiness in it.

I think the problem with this year is that people have something to blame. No one could have predicted how 2020 would play out (unless of course you believe some of the conspiracy theories), and it has caught all of us off guard. The destruction of any sort of normalcy has had a profound effect on the entire globe, and the long-term consequences will be felt for years to come.

I had intentions of using the extra time given to me through lack of vacations, or even restaurant visits, to learn a new language - Italian was the plan. I know a few more words of it than I did in January, but I'm not exactly fluent! My lack of linguistic passion has made this plan rapidly slide down my list of priorities - it's still on there - but I can see its constantly downward spiral continuing.

There are things I have accomplished, and the lack of entertainment choice has helped me with those. I think I'll end this year a far better person in terms of mental and emotional health than when I started it. I've become more introspective and having time to examine some of my less admirable personality traits has put me on a journey of self-improvement.

I won't have a diploma to show for it or be able to tell anyone about it in any other language than English, but I will be able to reduce the amount of new regrets.