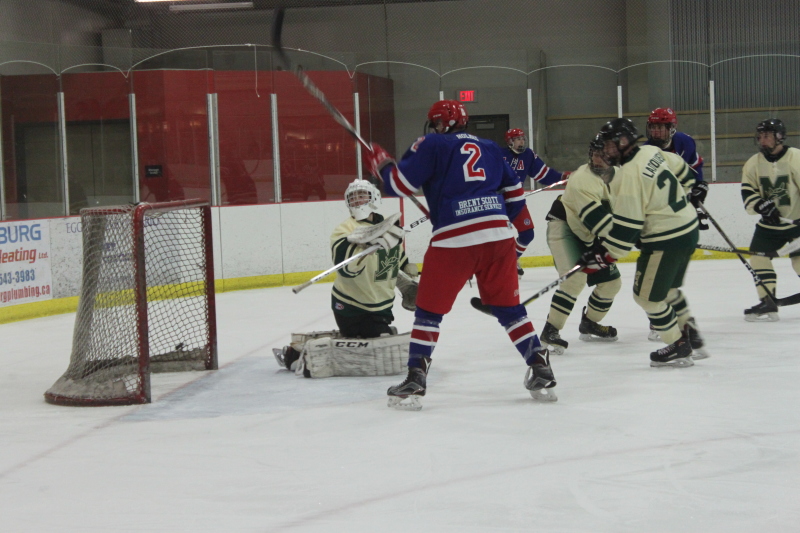 CARDINAL - After dispatching the Metcalfe Jets back to the hanger with a four-game-sweep of the opening series of the National Capital Junior Hockey League (NCJHL) playoffs, the South Grenville Rangers will move on to face off against the Vankleek Hill Cougars in the semi-finals.

Leading the series 2-0 , the Rangers ended the Jet's season with another pair of victories last week, hanging on for a 3-2 win in Cardinal on Thursday night before ending the series with a 9-0 blowout back in Metcalfe on Friday.

Brody Ranger opened the scoring with a power-play goal in the first period at the Ingredion Centre in Cardinal on Thursday. It was the only marker from either team, sending South Grenville to the dressing room with a 1-0 lead after 20 minutes. Carson Pickup and Mat Giroux added to the tally for the home team in the second period. Metcalfe netted one in the second and scored the lone third-period goal but fell short of completing the comeback as the Rangers held on for the 3-2 victory and a chokehold on the series.

Twenty-four hours later, South Grenville pushed the Jets over the brink with a one-sided 9-0 dismantling of the Metcalfe team. The Rangers scored two in the first, three in the second and added another four in the final period. Cameron Dillon netted a hat trick for South Grenville, with Braydan Forestell, Jordan Poulin and Noah Edmonds each adding two goals. Ranger net minder Lee Spurgeon earned the shutout and his second win in as many nights.

The semi-finals open in Cardinal with game-one of the best-of-seven series against Vankleek Hill. The Cougars come into the match-up with the top four goal-scorers in NCJHL playoffs thus far, and five of the top ten. Game two will be in Vankleek Hill on Sunday afternoon, before the series shifts back to Cardinal for game three on Tuesday night.

"It's going to be a tough series," Stitt said. "We were tied for second overall in the league and they took the season matchup 2-1. They're an older and much more experienced team than us...but I believe we've got the depth to compete with anyone."

Stitt says the Rangers will need to stick to the work ethic and game that got them to where they are now.

"They're (Vankleek Hill) fast and love to pressure you for all 60 minutes," he explains "So it'll be important to stick to our own game plan and not let them dictate the pace."

Saturday night's game also marks the release of the Prescott Journal's 2018-19 South Grenville Rangers hockey card set. The 24-card sets will be available for fans in exchange for a non-perishable food or cash donation for the South Grenville Food Bank.