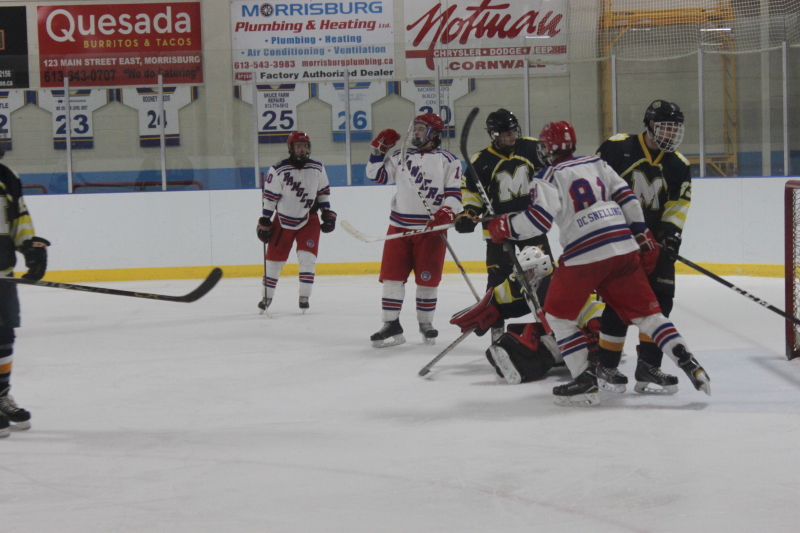 MORRISBURG - South Grenville goalie Lee Spurgeon came to play...but even the stellar play of the Ranger netminder was not quite enough Saturday night in Morrisburg.

Spurgeon put on a memorable performance between the pipes for the visiting team, turning back a Morrisburg breakaway in the first period, stonewalling the Lions for the first ten minutes of the second, while the home team dominated the game, and robbing a Lion forward from point-blank later in the game.

The two very evenly matched teams battled it out for 60 minutes, the Lions twice taking a one-goal lead and the Rangers twice managing to tie the game. Headed into the five-minute overtime period locked at a tally of 2-2, the excitement continued with end-to-end action until the dying moments when Morrisburg sealed the game, beating Spurgeon on a second-effort goal.

Zack Hotte and Devon Burns scored for the Rangers.

South Grenville is back on the ice, welcoming the North Dundas Rockets to the Ingredion Centre in Cardinal on Sunday afternoon. Puck drop is 1:30 p.m.