Prescott Legion literary contest for schools goes ahead despite pandemic 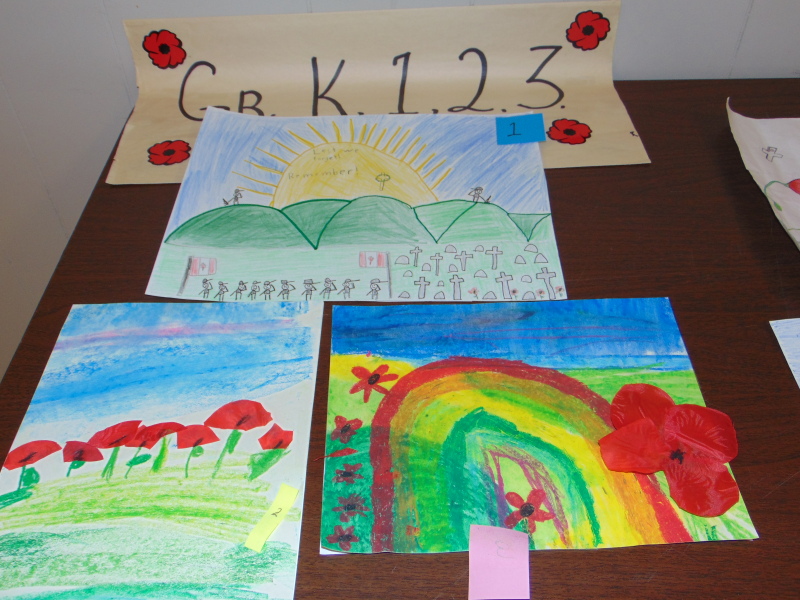 Every year, students in the South Grenville area have the chance to compete in a contest of literary composition, poetry and art designed to commemorate Remembrance Day. This is a Legion-based competition which the local schools encourage their students to take part in. Even though things are different this year, the local Legion Branch went ahead with the contest and has announced the winners.

"The students came through for us again," says Legion Youth Education Chairman Candy Alexander. "Every year we are just amazed at the artwork, essays and poetry we receive, and in that respect, this year is no different than the past. Their quality of work was excellent and thoughtful, and judging was difficult."

Over the past week Alexander and a team of volunteers got together to judge the posters, poems and essays at the local level. The material was brought in by teachers or dropped off by the students. The work is on display at Legion Branch 97 on Henry Street West and the public is encouraged to drop by in small numbers and view the students' efforts.

Before the end of the month, the first-place finishers will have their entries sent on to the next level for judging again, against a wider field of competition. The competition ascends from the local level all the way to national; several Prescott-area students have competed at all levels in past years.

Posters, Colour, in the Primary Division saw Anthony Burke from St. Lawrence Academy (SLA) take first place, followed by Danica Cook in second and Elizabeth Harrison in third. Both are from South Edwardsburgh Public School (SEPS). Posters, Colour in the Junior Division was won by Clare Henderson from Wellington Public School (WPS), followed in second by Chloe Moore from SLA and Kate Henderson also from Wellington.

The Intermediate Division winners were Lachlan Barton in first from Barton Christian Academy (BCA), second was Andrew Purvis of SLA, and third, Kira Doyle from WPS.

In the Black and White Poster competition there were no entries in the Primary Division, but the Junior Division was won by Emma Nandoo of SLA. Second place was awarded to Hanna Simser of WPS and third was taken by Kira Doyle of WPS.

In the Intermediate Division of Black and White Poster the first-place winner was Lachlan Barton of BCA.

On the literary side, Essays, the winner in the Junior Division was Arabel Major and second place went to Aiden Plooy. Both attend SLA.

All students who achieved a first, second or third place finish were awarded a certificate and a cash prize.