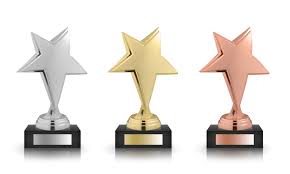 There are many residents in and around Prescott who put a great deal of time, effort and even money into making the town a better place, and town hall wants to know who those people are.

There was a brief discussion at a meeting last week of Prescott's committee of the whole about the town's community awards. The nomination period opens at the end of this month and runs to March, and anybody who knows of someone deserving of recognition is encouraged to submit a nomination.

Eligible nominees don't necessarily have to live in Prescott, but the bulk of their contribution to the community must have been done in or for the benefit of the town. A panel of judges will then evaluate the nominees and decide on a winner. The winners will be presented with their awards at a council meeting in the spring, and after the announcement there will a reception at town hall to congratulate and thank the winners for their contributions to the community.

The selection panel is made up of members of town council and at least week's committee meeting, it was decided that the panel would include Mayor Brett Todd, Councillor Gauri Shankar and Councillor Lee McConnell.

Nomination forms are available online at prescott.ca, on its Facebook page or in hard copy at town hall.