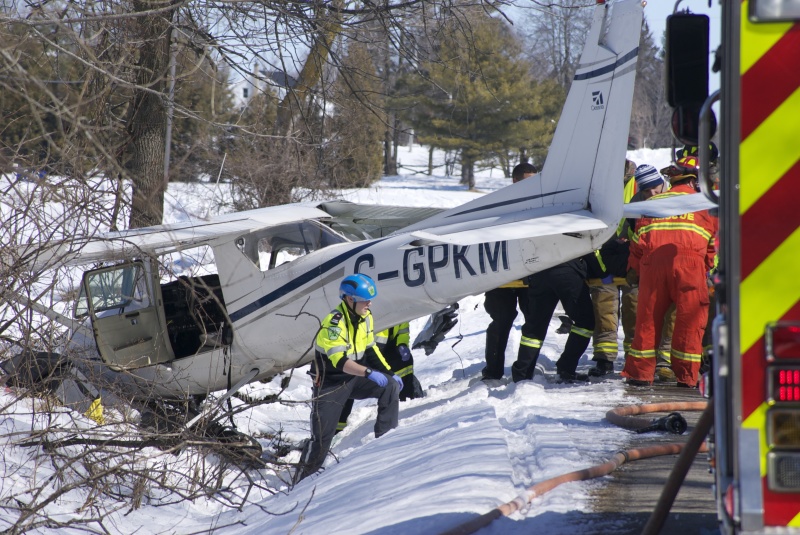 Froom Road, just east of Cardinal, was buzzing with first-responders late Tuesday morning. A small airplane made an emergency landing, ending up in the ditch just off the road. Early indications reported the single occupant of the two-seat Cessna plane, registered to a Quebec owner, was conscious and being transported to hospital. A witness, working in the greenhouse next door, said she heard a 'pop', that she initially assumed was a traffic noise from the nearby 401, before she spotted the plane outside her residence.