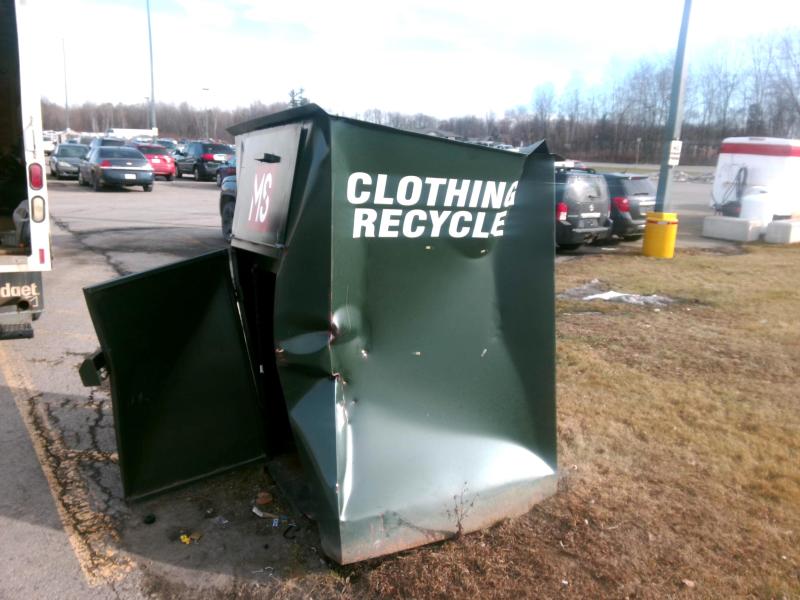 On December 20, at 10:15 a.m., the Grenville County Ontario Provincial Police (OPP) were notified of an attempt theft of a clothing donation bin, located at the Canadian Tire Store parking lot, in the Town of Prescott.

This attempted theft occurred at approximately 1:30 a.m., on the reported date. The suspects were unable to remove the bin, but caused irreparable damage to it. Further investigation revealed that a bin, located at the Giant Tiger Store, on Edward Street, in the Town of Prescott and a bin located at the corner of Clothier and Prescott Streets, in the Town of Kemptville had additionally been stolen, during the early hours of the same date.

The theft of these bins are believed to be related to reports of bin thefts in the Smiths Falls and Ottawa areas. Each bin has a value of approximately $1,000.00. This investigation is currently ongoing.