On the roads of Christmas present 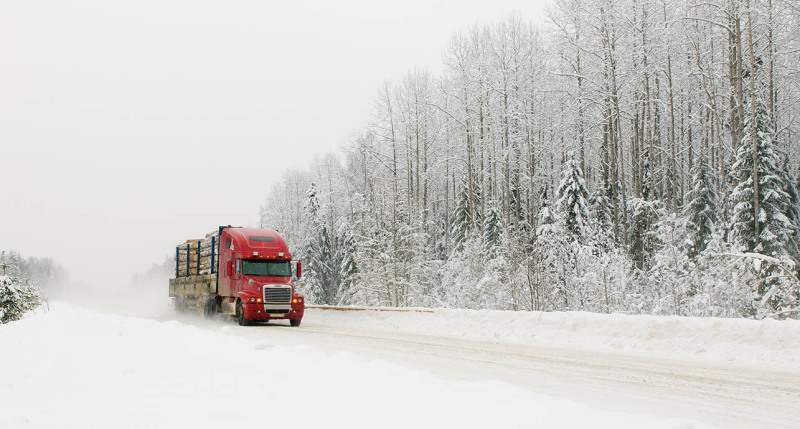 SOUTH GRENVILLE - Christmas may be weeks away, but many of the gifts that will be brightly wrapped and on display under seasonal trees in South Grenville are making their way to the region right now. You may have passed one of your own on the highway today.

Roads throughout the area will soon begin to swell with the annual influx of the holiday season traffic. As we zip to stores and back, filling those lists and finding the perfect keepsake for a not-so-perfect 2020, many folks in the trucking industry will be making the deliveries that enable purchasing those gifts possible.

In a job where road safety is a daily concern, the holiday-season traffic combined with the inevitable return of winter driving conditions are challenges big-rig drivers will face in the coming weeks.

These days he manages a general repair garage, but Brouseville resident Steve Sands once made a living at the heart of the trucking community. A second-generation truck driver, Steve grew up surrounded by the industry while experiencing the lifestyle from inside the cab of his Dad's trucks. Sands worked almost two decades as a repair technician, as well as getting behind the wheel on a part-time basis.

The wage of living that close to the industry comes in a form of understanding some of the dangers that plague professional divers.

"My experience, as a driver and hearing from other drivers, is small vehicles cutting in front of trucks and eliminating the 'safety zone' that truck drivers are leaving so they can stop safely," Sands responds when asked his opinion of the number-one concern he has heard from eighteen-wheeler drivers. "The average G licensed driver has no idea how hard it is to stop even an empty semi...much less a fully loaded one."

Richard Hennessey is literally in the seat of the current trucking industry. Hennessy will log about 130-150-thousand miles behind the wheel of a semi this year. His occupation of choice will see him putting almost 3,000 miles of road beneath him every week on highways and streets throughout Ontario and Quebec as well as much the southern United States. He will wheel his rig from New York all the way to Tennessee, the Carolinas, Georgia, Oklahoma, Texas...into Indiana, Illinois, Missouri, New Hampshire, Vermont, Michigan and Ohio and anywhere else his cargo demands him.

Richard sees lots of roads and lots of traffic. He echoes the words of his counterparts in the trade.

"One of the biggest pet peeve's that I have, as well as most truckers, is not being given enough space around our truck. Often, cars seem to think that they can just zip in front of us with the distance that we've left as a safe stopping distance...that we can just stop suddenly for them to merge in between us and another vehicle," he says, adding that understanding that proper signalling and avoiding blind spots also lead to incidents on the road.

Due to the size of the vehicle, semis have areas (or blind spots) where they cannot see the traffic around them. Historically, the rule of thumb is: If you can't see their mirrors, then the driver can't see you.

"Not signalling their intention to change lanes and not merging properly coming onto the highway, or the many blind spots that trucks have, are definitely issues...I could include tailgating as well," he adds.

Another reality of driving a 40-ton rig down the highway at 100km/hr is the time and space required to bring the truck and trailer to a halt.

"Cars do not realize the weight that trucks carry...our (needed) stopping distance," he states.

Depending on speed, weight, and road-surface variables, it can take the length of two full-sized hockey rinks or more to bring a semi-truck to a stop; drivers intentionally travel defensively at a distance that allows them this needed braking space.

Hennessey urges drivers to take the busy conditions of the season into account when they are on the roads this holiday period. Respecting the rules of the road and allowing semi drivers adequate space to operate will ensure a safe holiday for everyone on the road.

"Holidays affect traffic as well as during the season of Christmas. You definitely notice more cars on the road. Combined with the winter weather, and the early darkness it's a perfect recipe for a lot of accidents," the well-spoken driver explains before ending the interview on a sober note.

"I always like to remind people that trucks don't have accidents; we have fatalities."