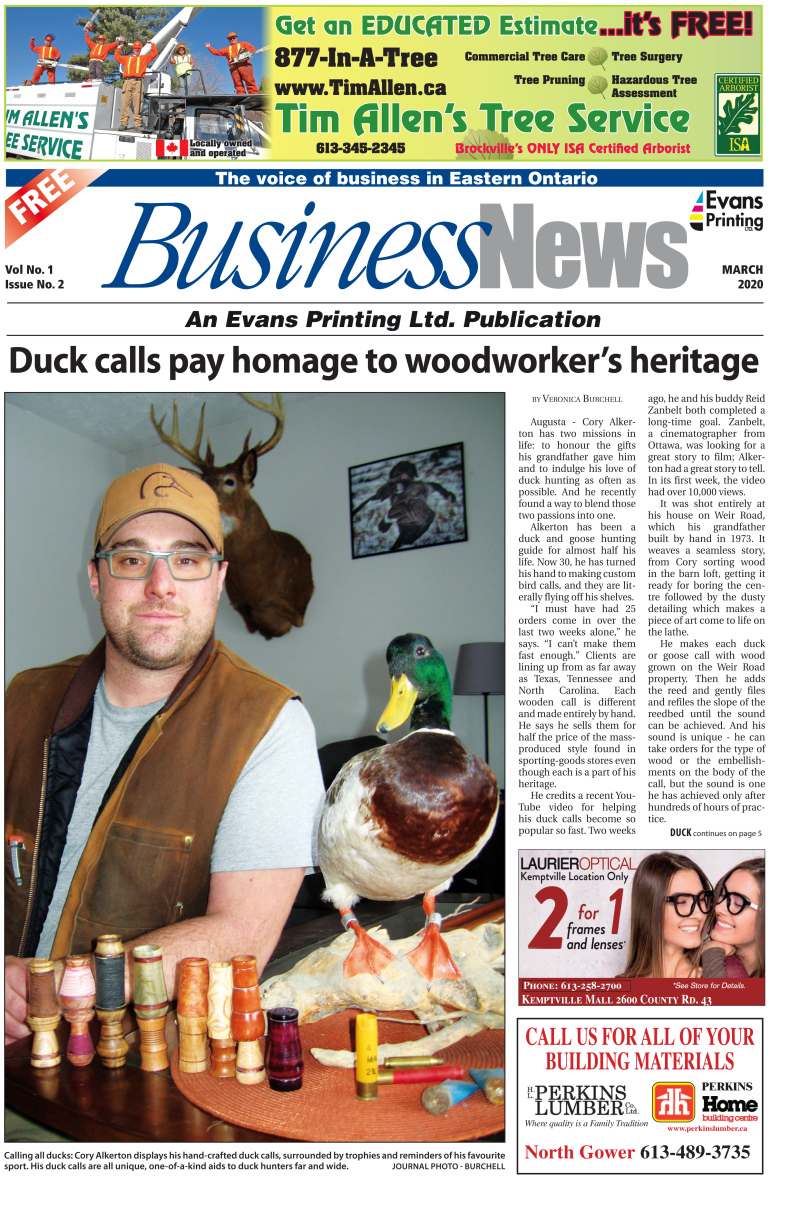 SPENCERVILLE - Local farmers, beekeepers and gardening buffs can relax - a thriving feed and seed outlet has returned to the area.

Cleary Feed & Seed opened in the area just over three months ago, bringing back all the regular agricultural needs and more. Conor Cleary and his wife Morgan Reed purchased the former Dixie and Egan Store on County Road 21, located behind the Home Hardware site.

"We think of it as 'business as usual' - plus," says Conor. "Several feed stores in the area have closed over the last year and people seem pretty happy to have us here."

Cleary decided to open the business following not only the closure of the previous Spencerville store, but similar shut-downs in Iroquois and Dixon's Corners as well.

He and his wife are located at the former 100-year-old mill site, and took over all the standing stock. Their upgrades to date include new lighting and flooring, and a reorganization of the 70 x 30-foot warehouse to better display all items.

The "plus" they refer to is the introduction of several new products, including more supplies for the home gardener; bee-keeping equipment and educational materials; local honey and beeswax candles; and a more-varied selection of pet foods.

The usual bulk feeds and seeds for farmers will still be there with some new additions, and live poultry hatchlings will be available in the spring.

Until the middle of the last century, trains were able to pull right up to the loading dock. Over time the building has seen many uses but the portion that was a mill still stands over the former bagging area in the basement. Cleary plans to reorganize that part of the building in the next few years but hopes to keep as much of the original walls and equipment as possible.

He is the seventh-generation of Clearys to live and work in the area. His great-great-grandfather William started the first Cleary Farm Supply in 1919 and his great Uncle Howard built the building where Home Hardware now does business. Conor has been an avid bee-keeper since 2014, so he joked that he needed a store nearby which carries those specific supplies.

"Our biggest aim is simple," he says. "We want to supply everything that was here and more. Lots more."