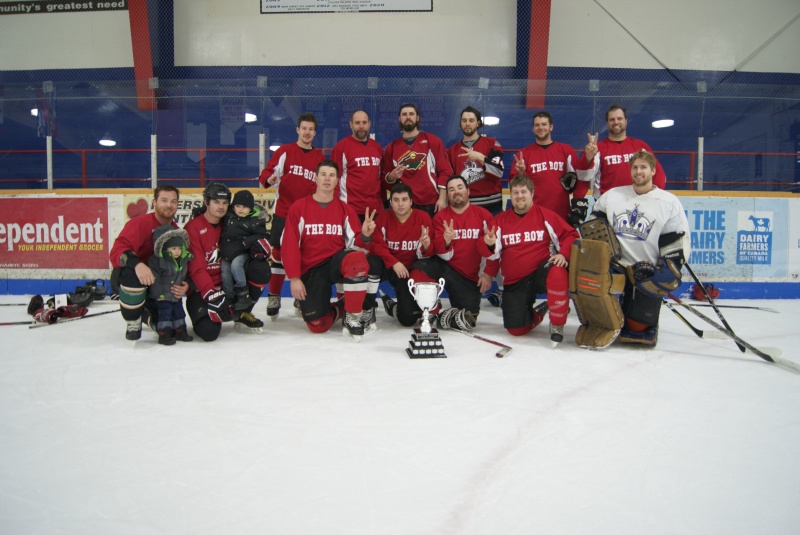 The tournament held spots for eight teams, with Prescott's own "The Row" successfully defending their 2017 A Champ title and taking the cup for the second consecutive year.

"Growing up playing hockey was so important to all of us and to our whole community," said Tyler Dukelow, captain of the winning team. "It's a special thing to give back to the kids now...and let them enjoy the sport we all grew up on;" he added.

Despite their competitive nature on the ice, the team proved generous once off, donating all $600 of their winnings back into the fundraising pot.

Although organizers were having their second crack at running the fundraising event, the extreme cold outdoor temperatures did cause some last minute changes to take place. The popular Touch-A-Truck attraction had to be rescheduled due to the forecasted weather, with the participating construction, emergency, and utility vehicles being asked to return over March Break instead. Donations to SGMHA will be collected at that time, added to the dollars raised over this past weekend, and then presented in March at the Leo Boivin AA/AAA Showcase tournament.

All monies raised from the fundraising tournament are donated to and distributed by South Grenville Minor Hockey Association, making the opportunity to play the sport of hockey more accessible for area youth wishing to play. The tournament organizers hope the sustainability of the tournament will add one child to the roster each year. Tournament entrance fees, raffles, silent auction, food and beverage sales, event sponsors and community partners all contributed to tournament success.

The Town of Prescott would like to thank all those involved in ensuring a safe and enjoyable event, including volunteers, participants, referees, spectators, staff, and our generous community sponsors. In 2017, the hockey tournament raised $3,312. The 2018 dollars are still being calculated but are estimated to exceed last year's contribution!