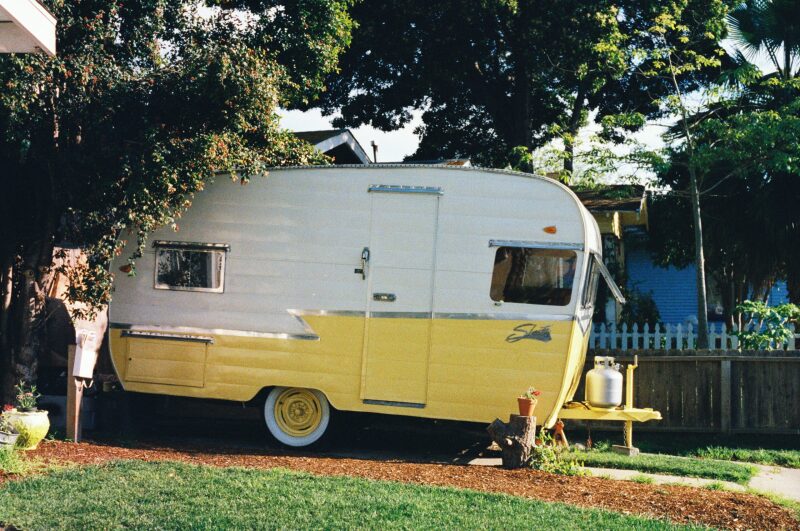 Richard Lafontaine appeared as a delegation to ask what the committee felt was the proper way to approach the question of recreational vehicles being used as part-time residences in general and on Tuttle Point in particular. He brought the opinion that Tuttle Point, a road south of Highway 2 near Cardinal, should not be considered in the same way as similarly zoned roads in the township.

"I don't think the island is a place for bringing trailers and parking them for the summer," said Lafontaine who calls the area "a fragile piece of land". Tuttle Point Road is currently zoned RLS, meaning it receives reduced services from the township as it is privately owned.

Lafontaine went on to say that as a resident of more than 60 years, he has seen many changes come to this small strip of land which is surrounded by water on both the north and south sides. Many of the properties there started out as "camps" with very few permanent residents. Over the years more and more people have made it their permanent home and an agreement was set up among the landowners to look after the single access road they share. At one time there was a wooden bridge at the east end of the road, making the strip an actual island.

He says the growth and the number of visitors that arrive for summer have taken a toll on the ecology, prompting him to use the word "fragile".

The problem lies in the fact that some residents park a recreational vehicle (RV) on their property and then have family or friends stay in it for the summer or longer. Lafontaine feels that this increases traffic on the narrow road and creates ecological concerns as well. Under the current bylaw this is not allowed, and there are fines in place for people using an RV for a summer residence.

"I have no objection to short-term stays," says Lafontaine, "but long-term use just doesn't jive with the environment."

Following Lafontaine's presentation, Steve Pentz and Jordan Jackson from Novatech proceeded to present the draft zoning bylaws for the committee to consider. This was the first round of review for several of the items on the list. A gallery of 12 people were present to hear the questions presented to their planner by the committee.

An area of major discussion involved shipping containers being used for storage. The new bylaw changes the term to Storage Containers and suggests they be permitted as "an accessory structure" in a rural or agricultural zone, and where a container abuts a residential zone the minimum required yard shall be 10 metres and in the case of other zones, the current requirements for an accessory structure building shall apply. It should not be permitted in a front yard and where it does about a residence area a continuous buffer strip consisting of a berm, fence or suitable landscaping to a height of 1.5 metres should be constructed.

This proposed bylaw took the committee into a discussion of what should apply when the container is being used for safe lock-up of materials by someone building a home or other construction. Mayor Pat Sayeau was concerned that the bylaw did not make any mention of what the container was being used for. Committee members told of local car-repair garages who use them for safe tire storage as mandated by their insurance companies.

Another issue of concern dealt with the bylaw's definition of a hobby farm. At one time the bylaw stipulated one must have 12.3 acres of land to have a hobby farm designation. Councils over the years saw that as too restrictive and the amount of land needed was lowered. The new draft keeps the most current amount which is 3.2 hectares.

"A hobby farm, as defined herein, shall be permitted on a lot in any Rural (RU) or Agriculture (A) Zone provided such livestock are housed in a building or structure specifically designed for such purpose" reads the draft. It goes on to suggest maximum numbers of both livestock and laying fowl which can be kept, but a lengthy discussion ensued on the proper way to reach the right potential number.

The draft uses both "livestock units" and "nutrient units" as a way of measuring the number of animals allowed. Committee member Conor Cleary pointed out that there is much difference between the two and suggested not putting an actual livestock unit number in the bylaw. It was agreed the planners would go back to the drawing board after consulting with staff and will bring forward a more detailed bylaw with regard to hobby farms.

The end result of the committee's consultations with Novatech will be a public, open-house-style meeting where residents can attend with questions in regard to the draft bylaws. The preparation and review portion may take as long as a year before that public meeting can be held.