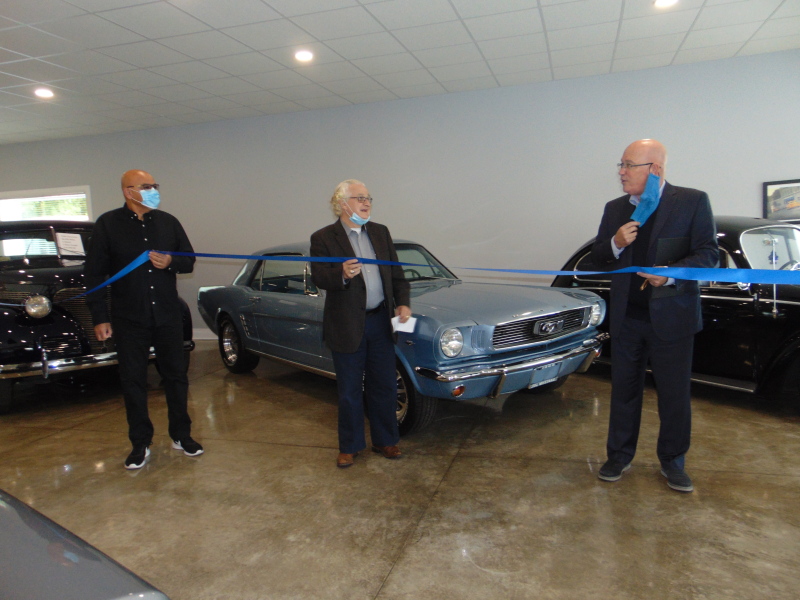 CARDINAL - If owning a 1966 Mustang is on your bucket list, you really should visit ELC Automotive Sales, a car dealership which opened in Cardinal recently.

Located on Highway 2 just west of the village, Herb Gooding's new lot pays homage to the classics while also offering reliable late-model used cars. His large showroom is reserved for gleaming classics like the Mustang, a 1970 Camaro and a now-high-performance, original Volkswagen Beetle.

"I've driven everything on the lot," says Gooding, a semi-retired car salesman who moved here from Ottawa eight years ago. "I love playing detective and finding the old cars - after I retired, I knew that I missed the car business and realized this truly is my passion."

It took Gooding almost a year and a half to open the dealership. After buying the land, he had several hurdles to jump when it came to building and opening. Edwardsburgh Cardinal Mayor Pat Sayeau praised his perseverance during Friday's grand opening.

"ELC is a welcome addition and we are glad you kept going after facing more challenges than we could have imagined; it's a testimony that you persevered, and Edwardsburgh Cardinal is glad to welcome you to our business community," said Sayeau. Those challenges involved building codes and bylaw issues imposed by the township's former building inspector.

MPP Steve Clark was also on hand to congratulate Gooding and the minister presided at the official ribbon cutting. Clark was also quick to praise the dealer for "hanging in there" while admiring the shining vehicles in the showroom.

"These are just beautifully kept," said Clark as he and the other councillors reminisced about past cars and trucks they had owned.

Gooding says he is glad to be open in Cardinal and says he loves the area.