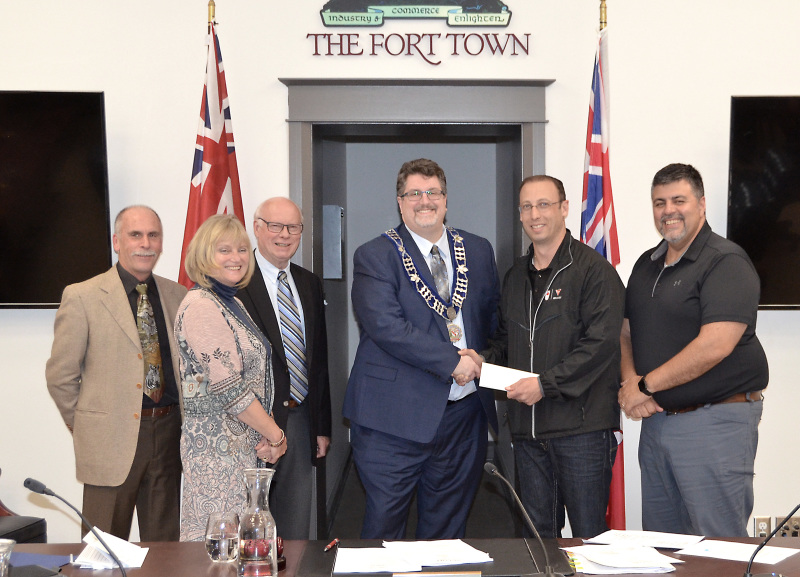 Brian Dikdan (second from right), owner of the Canadian Tire in Prescott, presented a cheque last week to town council - (l-r) Lee McConnell, Teresa Jansman, Ray Young, Mayor Brett Todd and Dr. Gauri Shankar - in support of Prescott's campaign to raise money for a new arena in town. The $4000 donation was raised through Canadian Tire's Jumpstart program in concert with the Ottawa Senators. Dikdan indicated there would be another donation of a similar amount in the near future.