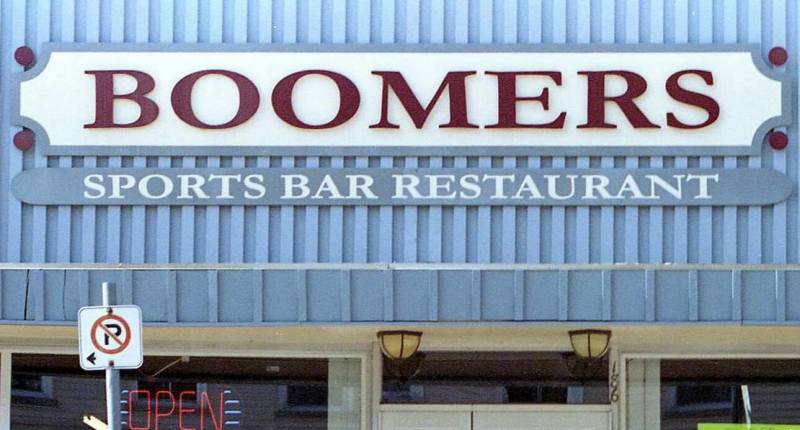 A major iconic downtown business in the town of Prescott has been sold! After 23 years as the Sole Proprietor & Operator of Boomers Sports Bar & Restaurant, Donna Adams is retiring from the industry.

Boomers Sports Bar & Restaurant has been in operation for the past 25 years, with Donna taking the helm in 1997. Donna previously owned Jiggers Sports Bar in Iroquois since 1985 before purchasing Boomers. Having also previously worked for a Bar and Restaurant owner in the town of Morrisburg for several years since she was a teenager, after close to 50 years in the industry Donna felt it was time to move on. She has stressed that the one thing she will miss the most will be the daily interaction with her customers and the local community as a whole.

Donna along with sons Chris & Chad have operated the business over the years, building it into a mainstay within the town of Prescott. Most recently Chris (Bar Manager), her niece Tracey, grand-daughter Trinity & grandson Tristan along with hired full and part time staff have all helped out with the family business. Donna has employed several full time & part time staff over the years and had always felt a responsibility to give back to the community. Boomers has continued to service the community over the years and points out that "if you take care of your customers and provide the best service possible, they will keep coming back." Donna also stresses that she feels very grateful for the support that she has received over the many years in Prescott and thanks everyone for that support. Donna hopes that the town will continue to support the new owners for several years to come.

Boomers will continue to operate under new ownership along with the building in which Boomers resides. Pierre Lalonde along with his wife Sarah from the Ottawa-Gatineau area have purchased the property and have indicated that they have intentions of giving the business a facelift once transfer of ownership is complete. The family intends to carry on Boomers as a family owned and operated restaurant/bar and intend to re-locate their families to Prescott within the coming weeks. With over 30 years in the restaurant/bar industry the Lalonde's along with Pierre's brother Stefan and their children intend to operate the restaurant/bar directly. The Lalonde's have also indicated that they will be initially offer the current staff continued employment should they wish to do so under new ownership. The completion of transfer of the sale is imminent.

There will be a retirement party held for Donna Saturday Jan 11 from 2-6PM at Boomers Sports Bar & Restaurant, 186 King St West, Prescott. Live band Hillbilly Boys will be playing during this time, no cover charge. Please come out and give Donna your well wishes and support as this iconic town figure moves onto another phase of her life.