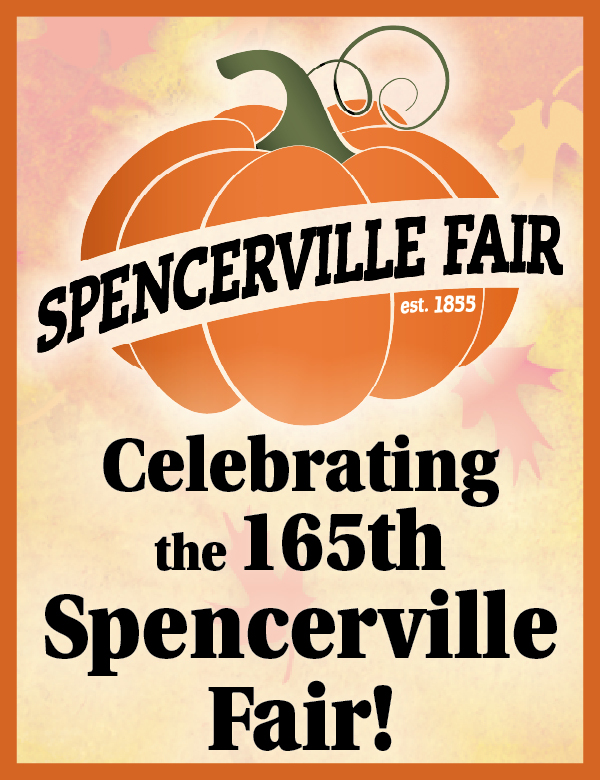 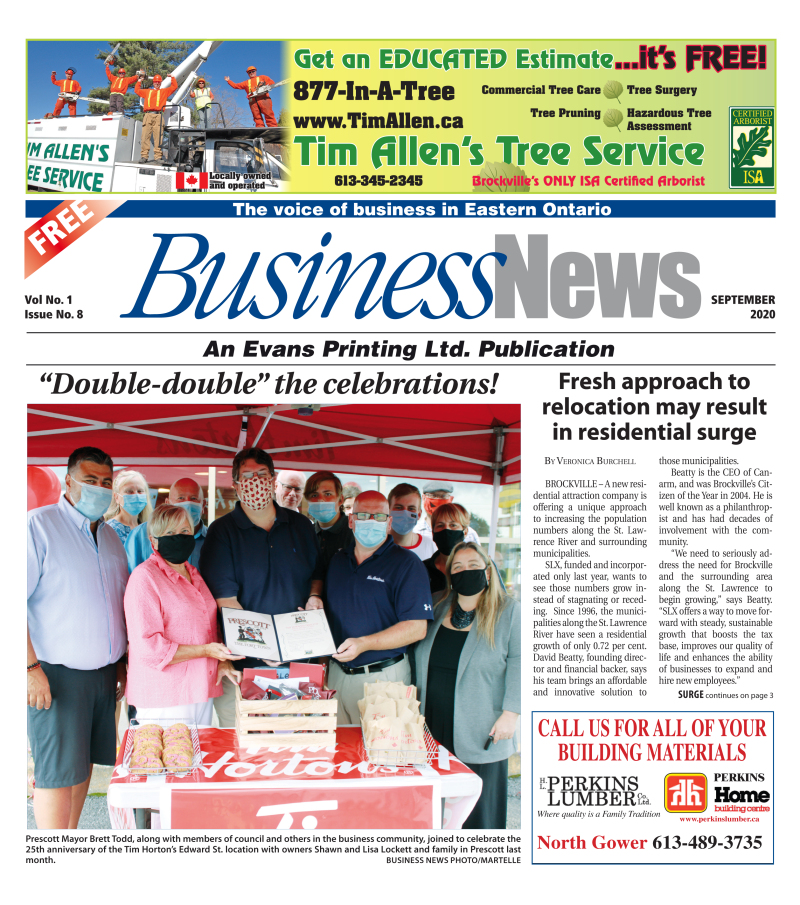 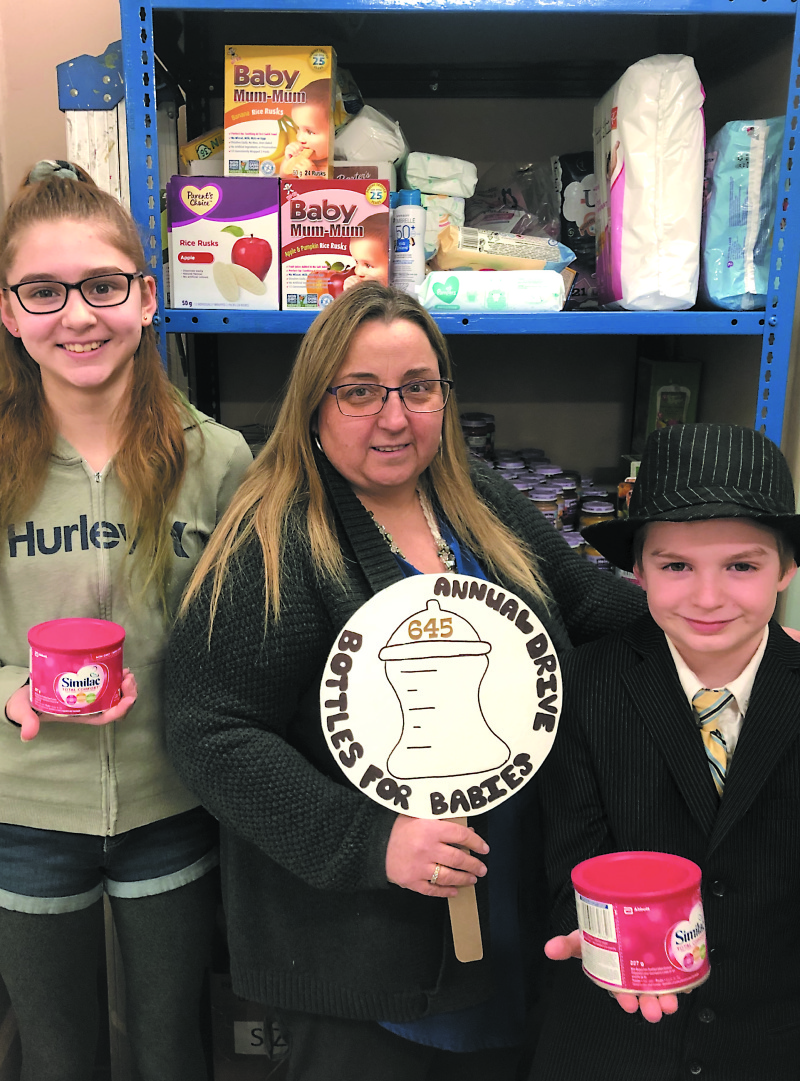 It's important to many area families that the shelves at the South Grenville Food Bank remain stocked with good, nutritious food, but it's just as important to make sure there is no shortage of formula, wet wipes and diapers on the baby shelf.

That's why a group of friends from Cardinal have been getting together every year to support the local food bank's Bottles for Babies Recycling program. The program supports the South Grenville Food Bank's Baby Shelf program, which collects food and other supplies that families need for their very young children and infants.

It was back in 2014 that the MacJoustra and Barton families decided they would conduct an annual bottle drive in support of the Bottles for Babies program. The two families also received help from other Cardinal residents, including members of the McDonald family and Laura Harbers.

"Theresa is the backbone of the program," says Marcy MacJoustra, singling out Theresa Barton and the eight members of the Barton family for particular praise for their work in support of the Bottles for Babies program.

"They are an amazing team, and they give to their community in many ways."

It was during a tour that the families were given one day of the food bank that they were made aware of both the Baby Shelf and the Bottles for Babies programs. They wondered how they might help, particularly as one of the volunteers had once been in need of the food bank's services. Food banks in many regions run the Bottles for Babies program, but when the families found out there was no such program in this area, they knew how they could help.

"Nobody was doing it for this area, so we thought we'd start it up," says Cardinal's Marcy MacJoustra.

Every year, about 12 local volunteers go door to door collecting bottles, cans and even, on occasion, some scrap metal, that can be redeemed for cash, which they then donate to the South Grenville Food Bank, which has offices in Prescott, Cardinal and Spencerville. The team collected enough during last month's door-to-door canvass to raise $645 for the food bank.

Returnable bottles are taken to the local Home Hardware in Cardinal, while the aluminum cans are collected throughout the year and taken quarterly to a recycling depot in Cornwall. Sometimes appliances, such as barbecues, can also be recycled for the scrap metal and turned into money for the food bank.

The food bank uses the money from the Bottles for Babies program to buy supplies not only for infants and young children but also for young mothers, who may sometimes be forced to neglect their own nutritional needs after having a child.

The door-to-door canvas takes place every January, when it is hoped people still have a lot of bottles and cans lying around after the holidays, and when people find out what the canvas is for, they're only too happy to donate.

"The response is generally lovely," says MacJoustra. "People are usually very generous to give us their empties."

Some people even save up throughout the year so that they have lots to give when the volunteers come calling, and the Barton family makes space available at their home for those who want to drop off large donations before the canvass. Throughout the year, people will sometimes call up with donations, often large deposits of cans or other recyclables, but also sometimes money, and during the door-to-door to canvass, as well, if people have no empties to hand over they will sometimes make a monetary donation in support of those people in the community in need.

"I just want to say thank you to the community for its ongoing support and for their generous donations," says MacJoustra.

The South Grenville Food Bank accepts contributions to the Bottles for Babies program throughout the year, as there is a recycling depot at the side of the food bank's office in Prescott, at 136 Henry Street, where people can deposit their bottles and cans.

The annual canvass in Cardinal could also use more volunteers, and MacJoustra invites anybody interested to contact her at 613-802-9034.